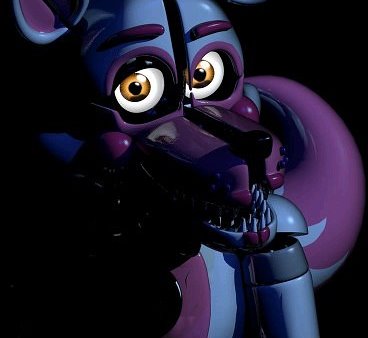 Survival horror is not typically associated with casual gaming. Most would even say that the two could not be any further apart. Gritty themes and visuals just don’t tend to mesh well with simple gameplay and controls. However, for talented designers nothing is impossible. The iconic franchise about evil animatronics terrorizing a family restaurant is a perfect example. Launching Five Nights at Freddy’s 5 online for the first time is a special experience. The developer was able to build real suspense around basic mechanics. The result is a unique combination of a creepy atmosphere and dark humor. Follow the story of a security guard looking after the pizza place at night. The robots programmed to entertain guests keep looking for humans in the empty rooms. Meeting them is truly terrifying. Avoid encounters at all costs and stay alive till the end of the workweek.

The franchise started out strong and continued to impress the fans for several installments. The new Five Nights at Freddy’s 5 game is a worthy addition to the series. It features a familiar style and gameplay but introduces a number of fresh ideas. Here’s what newcomers should look forward to:

As usual, the process is pretty straightforward and easy to figure out even for beginners. Mastering it and reaching the conclusion is a different story though.

How to Play Five Nights at Freddy’s 5

The protagonist stays in the staff room to avoid getting caught by the monsters. Look around by moving the mouse cursor. Activate light switches to repel the terrors lurking in the shadows. Activate the right onscreen button to look at the cameras. They show the current location of certain characters. Use this information to anticipate where they will be approaching from. If something does find its way inside, put on the robot disguise. The cybernetic animals are not interested in their own kind and won’t engage. Try to save power, otherwise, the lights will die and submerge everything in complete darkness.

This title may very well be the most suspenseful adventure of its kind. Enjoy the browser version of Five Nights at Freddy’s 5 free of charge. Put on a pair of headphones, close the blinds and get ready. Some say this journey changes people forever. Only the bravest souls can persevere and see it through.

FNAF 5 is one of the best FNAF Game you can play on Kevin Games.
This game works perfectly in modern browsers and requires no installation.
FNAF 5 has been played by thousands of gamers who rated it 3.9 / 5 with 4743 votes.

Did you enjoy this game? Then give other FNAF Games, Horror Games, Escape Games, Survival Games a try.