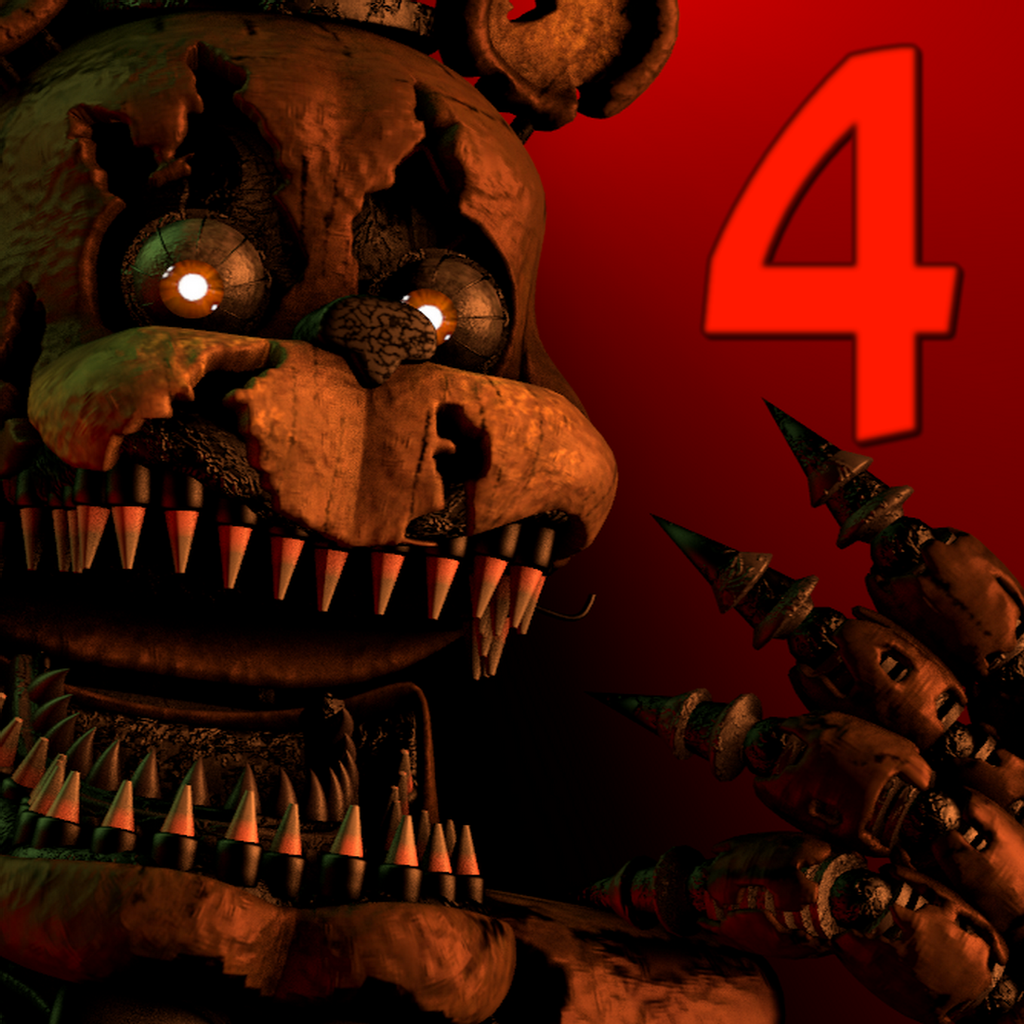 The terrifying animatronic animals are back to haunt defenseless people. They are scarier and deadlier than ever before. Launch Five Nights at Freddy’s 4 online and try to survive this terrible nightmare. The events depicted in this chapter occur in a regular kid’s bedroom. Watch the 3 possible entry points illuminated by a dim bedside lamp. Listen to the chilling sounds coming from the corridors. Shine the light or hold the doors shut to prevent the monsters from getting in. Prepare for a dreadful atmosphere, incredible suspense, and soul-crushing jump-scares. Only the toughest are capable of making it through the entire story in one piece.

The Most Intense FNAF Yet

All the previous installments of the franchise were blood-curdling in their own right. This episode ups the stakes and takes the horror to the next level. Every Five Nights at Freddy’s 4 game is an unforgettable emotional rollercoaster. While it remains faithful to the series’ roots, it also introduces new effective elements:

The creator has perfected the art of manipulating the player’s mood and survival instincts. Dead silence turns into full panic mode in a matter of seconds. It’s an endurance round that poses a challenge even to the bravest of heart.

How to Play Five Nights at Freddy’s 4

The adventure begins in a poorly lit room with two entrances and a closet. The goal is to stay alive by repelling the evil robots searching for a way in. Move the mouse cursor to focus on a particular door and left-click to approach it. Keep it closed or activate the flashlight depending on the situation. With no cameras to identify the enemies’ positions, the protagonist has to rely on hearing. Keep quiet and pay attention to where floor squeaks and breathing are coming from.

Fear is possibly the strongest sensation a human can experience. However, despite being unpleasant in real life, it becomes surprisingly fun in a simulation. Enjoy Five Nights at Freddy’s 4 free of charge and face the spooky creatures. Study their behavior and outsmart them throughout the storyline to see the ending.

FNAF 4 is one of the best FNAF Game you can play on Kevin Games.
This game works perfectly in modern browsers and requires no installation.
FNAF 4 has been played by thousands of gamers who rated it 4.0 / 5 with 11963 votes.

Did you enjoy this game? Then give other FNAF Games, Horror Games, Escape Games, Survival Games a try.